Discussion of music production, audio, equipment and any related topics, either with or without Ableton Live
Post Reply
54 posts

Wonder what it is?

I think its fairly obvious from their reactions what this is.
Reason now has an audio input!
Which comes as a standalone module

i don't think this new product is anything to do with reason at all.
Top

They invited selected users to a 'meeting' with confidentiality agreements recently.

I think something may be up.

And here I assumed they were at Oprah.com looking at free grilled chicken coupons from KFC... 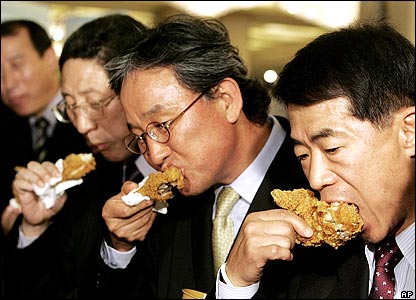 Thought this had already been discussed on here already....

My thoughts are:
It will be more like a traditional DAW with audio handling.
Propellerheads business model has always been for self contained products to ensure cpu efficiency etc, so im expecting this to not use VST format but its own format to ensure you only buy additional instruments from the props. But expect to see third party development from established developers.

I am intriqued really as they are going into an already competitive market where you have some very established prodiucts like Logic/Cubase/Sonar/Live...so they must believe they have something very special and different
Top

I'd guess that its some kind of DAW-like package with audio recording that leverages Recycle-based technology for fully integrated slicing and dicing.

unimpressed by something you know nothing about? heh...
Top

unimpressed by something you know nothing about? heh...

don't you smell the sarcasm, or are my ears hallucinating
Top

HOW ABOUT;
They already know their piece of the pie would be relatively small for the DAW market, so they have create a DAW wrapper that pulls say Reason and Live or Logic ect. into one streamline unit under the one hood.
I thought they had no plans on a DAW or audio due to being part of steinberg at one time.
Good teaser trailer!
Top

Anyways they're supposed to announce it tomorrow at their Producer's Conference. There was a thread regarding this already and I put in my 2 cents. I wouldn't knock on Propellerheads. They've introduced quite a few great things over the years (REX? REWIRE? The original rack, i.e. Combinator? etc... Anyone?)

I'm not saying they'll blow us away with tomorrow's announcement, but no need to write them off just yet. Maybe I'm biased. I got started on Reason, so even though I barely use it anymore, I still have a special fondness for it.
Top
Post Reply
54 posts