Discussion of music production, audio, equipment and any related topics, either with or without Ableton Live
Post Reply
81 posts

I heard they're canceling NAMM in favor of everyone appreciating what they have, learning it, teaching your fellow man, and remembering that you couldn't do half that shit for twice the money 5-10 years ago. So to switch it up this year they're all supposed to collab and fix the shit that doesn't work properly across all platforms and manufacturers instead of throwing new versions at us...

continuous wrote:Maybe something from NI on the Abbey Road collab they announced?

isn't this just going to be more kontakt-based instruments?

i think Akai is planning an APC of sorts with an 8 x 8 grid or maybe a 4 x 8 grid to be more like the LPK/LPD size, to compete on the portable side of the market with the Launchpad.

UA probably has a UAD duo or quad device for laptops or possibly an express card expansion system for a couple of UAD-2 cards.

with the newly released Micron SE from Alesis, i hope they are showing they now have their shit together and will finally re-release the Ion synth, too.

i hope the ableton/serato colab announcement lives up to the hype.

Korg will show us a colored version of the sampler-thing they recently introduced.

i definitely think the linndrum 2 will be unveiled.

i'm interested in seeing what the open labs soundslate is capable of... not that i'd buy it, though.

and as far as the rest, i'm sure we'll be hearing of new product versions for all DAWs.
Top

A decent quality keyboard (37 keys) with the Kore controller built in would be huge I bet.

Personally I'm hoping for a Kaoss 4 Pad myself, or an update Korg groovebox. But that's what I always wish for, likely a pipe dream.
Tarekith
Ableton Forum Moderator
InnerPortalStudio.com - Professional Audio Mastering
Top

I'd love to finally see the linndrum 2 in action

I bet Ableton Live 9 beta will be for late 2010 (Nov-Dec)... I think maybe the third device next to the APC40 and the Launchpad

continuous wrote:Maybe something from NI on the Abbey Road collab they announced?

...i think Akai is planning an APC of sorts with an 8 x 8 grid or maybe a 4 x 8 grid to be more like the LPK/LPD size, to compete on the portable side of the market with the Launchpad.

Yeah, with added velocity for the pads so you could use it with drum racks, too. Like this:

(btw, I used pots instead of encoders to keep the price down 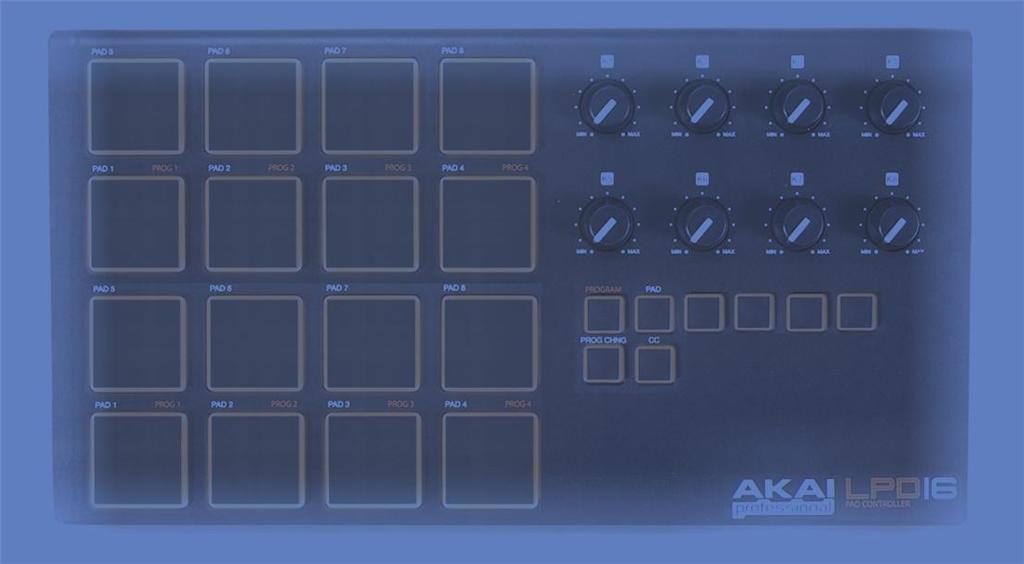 I'm guessing Ableton and Serato might have something to say

I hope T-Pain is at the Antares booth!

Plague1715 wrote:I hope T-Pain is at the Antares booth!

In most cases, the 32 bit applications are still working better and with less compatibility issues, so many people are still running 32 bit versions of these, you still get some performance benefits under 64 bit o/s , i.e. 3.5 GB addressable RAM vs 2GB in win XP.

There's a fair chance Live 9 will be fully 64 bit I reckon and if so, expect a longer than usual wait for it (it's already behind the normal 12 month update schedule) and a longer than usual beta testing period. Otherwise, it will be Live 10. No biggie really, given the situation that until manufacturers start to write native 64 bit versions of plugins en masse, that fully 64 bit systems will be hobbled for anyone trying to use 3rd party plugins. Bitbridging will always be a hit and miss compromise.
http://soundcloud.com/umbriel-rising http://www.myspace.com/leedsquietmandemos Live 7.0.18 SUITE, Cubase 5.5.2], Soundforge 9, Dell XPS M1530, 2.2 Ghz C2D, 4GB, Vista Ult SP2, legit plugins a plenty, Alesis IO14.
Top

TBH, I think NAMM is a dying dinosaur. NI made an announcement that they will no longer be at NAMM. They get just as much publicity making their own announcements, and save tons on money on NAMM fees. I suspect that most interesting companies will go this route eventually. Leaving Roland, Yamaha and those extremely expensive studio tool companies that make stuff no one outside of Skywalker Studios could afford. So, for the average home studio, electronic musician, I suspect you will not see much of anything. Look at how many companies send press releases to places like Gear Junkies or KVR. Who needs NAMM really?
Top
Post Reply
81 posts