Discussion of music production, audio, equipment and any related topics, either with or without Ableton Live
Post Reply
23 posts

yes, the Cool Ruler has passed away, but he had been quite sick for a while - i don't even think he was 60 yet, pretty much the same situation that Sugar Minott was in when he died in July.

but, both of these guys lived it up pretty hard for a while when they were younger.
Top


May he rest in peace!

RIP...one of the few musicians who i check for when it comes to new dubplates. Thank you Jah and thank you Gregory
Top

Farewell to the Cool Ruler 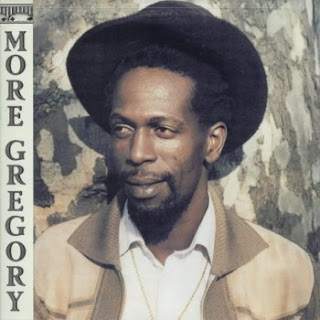 and now Sonia Pottinger has also died....... one legend after another
Top

This is sad news indeed
First female producer in Jamaica.... she produced her first stuff in the year I was born
In 1974 she bought Treasure Isle records off Duke Reid....

Her most well known production is Culture's Harder Than The Rest album, released in 1978:

Her most well known production is Culture's Harder Than The Rest album, released in 1978:

well...... she really made a name for herself during the rocksteady and early reggae years in particular, i would say that probably The Melodians "Swing And Dine" would be her biggest hit for reggae fans, or maybe "Say You" by Ken Boothe.

her other great contribution was the release of the Treasure Isle dub LP series (Pleasure Dub, Treasure Dub Vol. 1, Vol 2., all remixed by Errol Brown in the mid-70's) - prior to those LP's, there were few dub versions of any of the classic Treasure Isle catalog, and although Duke Reid played a large part in the creation of dub (The Paragons "On The Beach" was the first "version" of all time, done accidentally in 1968), the dubs cut at TI were almost exclusively sound system one-offs. by the time the sound system dub "version" had become standard practice in 1971-72, Treasure Isle's best years were mostly in the past.

she bought the declining Treasure Isle empire from Duke Reid in 1974 when he became too ill to look after it. unfortunately, that didn't seem to bother Reid's arch enemy Coxsone Dodd (Studio One) and others from pillaging the TI vaults, and on-and-off litigation took over *30 years* to resolve (that's the Jamaican legal system for you..... kind of like the Blackwell/Marley/Universal fiasco that's been playing out for decades) and Mrs. P was finally declared the rightful owner of Treasure Isle only in the last year or so. kind of a shame she didn't have much time to enjoy her victory.

as a producer, she really stopped doing anything at all sometime in the mid 80's.
Top

Thank you for the history lesson teacher!

I always enjoy your posts.

If you ever write a book I will be first in line to buy & read it. Include a CD with musical examples for ultimate impact! 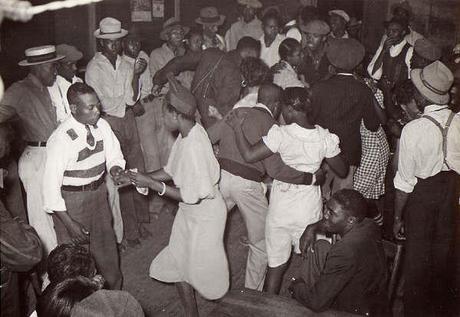 ha! i just made my mother a mix CD that had a picture of the Charlie Ace Swing-A-Ling van..... love that picture.

i know what i know just like everybody else, from reading, collecting records (and inheriting my mom's collection) and finding things out for myself - growing up in Kingston/St. Andrew in that era obviously helps a bit, but i was too young and way too uptown to go out and get into trouble.

Evon on the forum here actually attended King Tubby/U-Roy dances - probably the same ones we could hear from our house just off Barbican Rd.
Top

photo so nice, me haf fe show it twice!

Yes Blackbeltjones..I know the swing-a-ling, it came about around with the first "Joe's Sky Juice". Guess that was the start of the mobile era.

Incidentally, I knew Gregory personally and he sat in on a few of our sessions when we started a little band in Barbican with the sons of some wealthy politicians. Gregory frequented Barbican and especially Barbican Square in the mid 80's.

I moved homes so regular that I have no memorabilia to show. That is my only regret right now, but it all is still fresh in my memory.
fe real!
Top
Post Reply
23 posts