What operating system do you use?

Discussion of music production, audio, equipment and any related topics, either with or without Ableton Live
Post Reply
35 posts

McQ714 wrote:seriously? is this the new justification of being raped up the ass you apple lovers are going with? PCs may be faster and cheaper, but at least our Macs are silent. if that's the case, that's fucking pathetic!

esp. as they won't get far. my system cost me 500$, has an ssd in, and a fan that only is needed in the heat of the summer, else, it's unplugged. so it's not only a quite silent system, it's absolutely 100% silent. just like the server standing behind me, and the media center in the living room.

my system is a core i5 3.33ghz.
http://davepermen.net my tiny webpage, including link to bandcamp.
Top 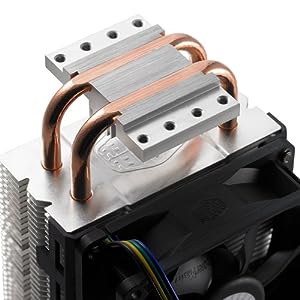 LoopStationZebra wrote:it's like a hipster commie pinko manifesto. Rambling. Angry. Nearly divorced from all reality; yet strangely compelling with a ring of truth.

I had been running both WinXp desktop and the latest OSX on a MacBookPro. Just went to a Win7x64 box and not looking back. Everyting I need is finally Win764 compliant and I am loving it. Win7 is the new XP. Fast, stable, and will probably stay on my DAW as long as XP did.

For now I am still sticking with the MacBookPro when I need to take my music out, but since the new Win7 machine is a rack mount that may change.
Top

no one running it on linux, yet?

When you build your own system, you can carefuly choose the best parts to go in it. I used Scythe 140mm fans that are the best for a silent system. Its like 5$ more each but well worth the price.

My needs are not everybody needs of course. I skyped a good graphic card to save money, keeping my old 8600gt. I dont play game. I also chose a cheaper motherboard because I didnt needed SLI or good RAID. It does not impact the performance at all.

I have been a mac guy until the G5 era, then a "dual-xeon pc" guy... mostly Dell Precision... but since I've built my first machine, you are not going to see me buying any machine from a seller. i7 are a godsend! it would be foolish to keep paying thousands for the same performance.

Also you really cannot go wrong while assembling the parts yourself. Not with all the "how to" videos on youtube!! If I can do it neatly, anyone can do it. It is a highly satisfying experience in any case.
Top
Post Reply
35 posts