Discussion of music production, audio, equipment and any related topics, either with or without Ableton Live
Post Reply
242 posts

Katy Perry was on SNL a while back. one of the worst singers ever. probably took 200 tracks to comp the vocals on any of her tracks. days of listening to that shit music would kill your ears maybe thats what has happend.
Top

these threads are literally becoming once a day or worse, here and elsewhere. but people think it's suddenly relevant to post yet again because Katy Fucking Perry's producer has an endorsed opinion???? 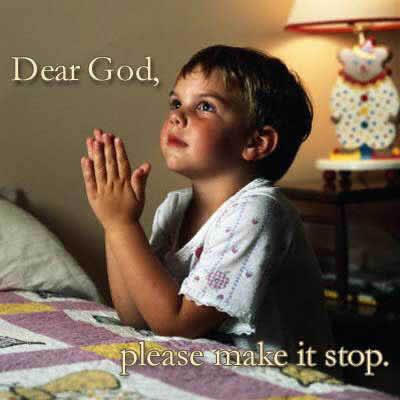 this shit's always gonna be around, you just have to get numb to the pain. if anything the OPs are just making asses of themselves.

I have my stock answers I give*, other than that I try to ignore it and it just tells me the people that make these threads are pretty green to music production.

very rarely a salient point comes out of this crap but that's few and far in between. 'ease of use and features are the differentiators', like Live's crap envelope tools in Arrange view, or awful reverb. if there was a significant difference the BEST DAW maker's Marketing department would take out full page ads in every production magazine showing it. it's the 21st century, mankind has figured out how to manipulate audio FFS, it's a SLOW easy to handle signal.


*-your production skills aren't good enough to push the envelope.
-a good producer with a bad DAW can do better than you with a perfect DAW.
-the sonic differences are well below -100dB and the noise floor in your studio is ~-80dB (generous), the theoretical noise floor for 24 bit SRCs is -144dB, the noise floor for 16 bit and 24 bit files are -96 and -144dB, respectively.
In my life
Why do I smile
At people who I'd much rather kick in the eye?
-Moz
Top

mis-post.
In my life
Why do I smile
At people who I'd much rather kick in the eye?
-Moz
Top

An engineer I work with did the exact same test before I read this.

He also tested Harrisson Mixbus. Instead of Nuendo, he used Cubase.

Same results as the article. Harisson Mixbus was as good as Cubase.

Well let me be fair with you guys

I NEVER went back....Is it me or is Ableton just the damn best?

Ok I don't know Nuendo, I must be honest, but just had the same discussion with a producer-friend of mine from the states who shifted from Cubase to Ableton....He said the same thing. Ableton is above all....

What I hated about Cubase is the inconsistent automation....As in some cases I had to tweak the start of an automation as to make it sound kicking in at the right moment.
Freakin hated that!

Never had that issue with Ableton....
Top

hmj wrote:Interesting to read a PROFESSIONAL completely bash Abletons sound quality. Mind you, this is not another guy on the forum, this is not a Ableton developer talking, this is a guy who actually makes hit records that millions of people consume...

"Everyone says that all DAWs sound the same, but that’s simply not true. I’ve done tests comparing the sound of the same session in different DAWs, and Ableton sounded terrible, Logic and Pro Tools were OK, and Nuendo sounded incredible. Editing in Nuendo is also really fast. Pro Tools is just a standard, it was the first to come onto the market and everybody uses it now, almost out of habit. People in the US don’t know about Nuendo, but I’m sure that if they did, many would switch.”

I could care less about Nuendo but I just wonder how much the all DAW's sound the same campaign is just companies trying to make up for their shortcomings. Marketing can be a very misleading art form, I hope Ableton partaking in it's ugly side.


I guess for people like me knowing how to Master the right way will say that Live Sounds more than great! Learn to use the software and learn how to master, then you will have no better sound elsewhere!

who cares. anyone engineering 200 piece symphonies from scratch using only synths any time soon? I play piano on my laptop keyboard, what the fuck am I gonna do with 1800 dollars worth of shit i don't understand?
http://soundcloud.com/jimmyslizz
Top

So THAT'S WHY ABLETON IS PUT ON WORLD NUMBER 1 !?!

HeadrickProductions wrote:Ableton is like reason, Without knowing what to do to make it sound better it does soound off. The auto wrping is bad, some of the insturments effects really color sound. Hence why so much Live music is easily identifiable when you hear it. BUT with lots of tweaking, third party plugs, you can make it sound great.

I use ableton as a slave to tools and things (to me) sound better without much tweaking. Same with reason. For some reason it sounds better. Even if it is not true and it is all just perception it allow me to enjoy my music better when it feels richer.

Anyone who thinks that this is not a Nuendo ad, your kidding yourself. Nuendo is a great program if you've never used it and I don't know why he says that American's don't know about the program?

That's the most sense I have heard on this topic. I did some mini tests (not anything scientific - with my ears as that is more important to me) using identical audio, identical third party plugins with identical settings in both Live and Logic. I turned warping off etc etc in Live too. The result - individual tracks sounded identical to my ears - great.

Now I mixed several tracks and that is where I noticed a difference. Maybe it is perception, but I hardly want Live to sound worse as it means an extra step in my workflow! To my ears, Live lacked the same energy - it didn't have the same life. I am sure with a bit of messing around in Live I could have tweaked it a bit to get more life in it, but still, there was a perceived difference between 2 applications with identical settings and Live came out worse off.

I use Live because of session view mainly - it really quickens up the process of getting something down which keeps you in creative mode. That is really why I use it - not because it sounds this way or another. I must say I do not like the arrange page in Live either though. Possibly because I am a fossil that has used Logic for too long, but there are features I have gotten so used to in Logic, that I really miss them and end up getting a little frustrated in Live. So I generally arrange and mix in Logic still.

I hope this does not come across as anti Live - it's not, as equally if I started writing a tune in Logic, I would miss Live's session view and also Max for Live. And as for actually playing Live, it is a no-brainer to use Live.

Never really gave my thoughts on this topic, but there's my 2 cents. Now I too will numb myself from any further posts on this subject and just do what suits me without complaining!
https://soundcloud.com/davenuremberg
Top

you all daw sound the same guys here are funny..talking pseudo technical bullshit to assure yourself that one cant hear what many pro sound engineers can hear. A bit useless.

And its a rather absurd thing to say that all daws sound the same, seeing that they all DAW´s have improved their sound quality in the last 10 years. Some more ..some less.. So when we are within a development here.. is it likely that we have reached perfection yet? and is it likely that all developers get the same results within the same time?

And regarding the pseudo technical data sheet bla..

Have you realized that a Behringer Eurodesk has on the paper better technical data than a ssl 4000 or studer 900 console?
Technical data are a bit like statistics.. without detailed info how they was measured they dont say anything..

And regarding the -100db thing.. The "nobody can hear a difference when the measurements are on such low levels" myth..

The differences between an ssl and a studer console are actually in the -100 db domain.. And they do sound different. Thats analog consoles.. the tiny differences sum up by the high channel count and give the consoles their signature sound characteristics.

But..can somebody explain to me why in the digital domain such tiny differences dont matter?

Sounds a bit like promotional bull to me that got an urban myth within a newbish user base...
Top
Post Reply
242 posts