Yet another thread hijacked and ruined, par for the course

Discussion of music production, audio, equipment and any related topics, either with or without Ableton Live
Post Reply
145 posts

I just don't get the problem with using mice!!????? Is it specific to macs because of the lack of buttons?? Can anyone really deny that a mouse is probably the most innovative input device ever created?
Top

Ryder17 wrote:I just don't get the problem with using mice!!????? Is it specific to macs because of the lack of buttons?? Can anyone really deny that a mouse is probably the most innovative input device ever created?

Funk has carpel tunnel or the like, among other things. He also has this amazing ability to only think in terms of his own situation without regard to what others are comfortable with. Nothing at all to do with macs.

Apparently he also cannot understand when his actions make someone change their opinion of him as well?
Top

locknar wrote:sorry to turn left but damn have you seen kenny rogers face lately? what the hell is going on with all the work done on him?

Ryder17 wrote:Can anyone really deny that a mouse is probably the most innovative input device ever created?


funken i wish you'd quite replacing all your posts with dots. i keep missing all the good stuff... and it means that the text that is left is all there is to go on, which is probably not helping your case. it's important to maintain the courage of your convictions.
Top

Who would want to go back the time when we don't have mouse & interactive GUI? People used small VFD, no affordance, scrolling through over 10 pages, had to remember numerous key combination, etc.

There are always that kind of poeple on the earth. Leave them as they are...
Top

H20nly wrote:funken i wish you'd quite replacing all your posts with dots. i keep missing all the good stuff... and it means that the text that is left is all there is to go on, which is probably not helping your case. it's important to maintain the courage of your convictions.

I've done it in 2 threads for different reasons.

In this thread I said to whateverhisnameis, that I would delete my posts about the fact that he had been lying about me if he deleted his posts in which he was telling lies about me. If he does not do so I will get my lawyer to start action.

In the other thread I asked theotherfeller to remove his posts in which he disgustingly and publicly identified someone and their problems. He refused, so I thought if everyone else deleted theirs it would make the thread unreadable, and maybe also pressurise him into doing the decent thing. Thanks to those good people who cooperated in that, I see we succeeded in the first goal at least.

Lies. You posted a half truth about a PM we had in order to defame me, and were publicly humiliated about it. You realized you looked like a total dick and deleted all your posts.
You really aren't going to last much longer if you keep this up. Everybody knows what you are by now. 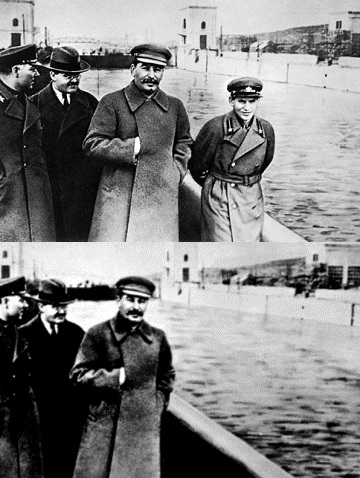 Funk N. Furter wrote: 1. My shortcuts are actually automations of several tasks, so the save you loads of time. They are also easier shortcuts, eg alt M for Mixer instead of cmd alt M. But it doesn't just open the mixer, it opens it in Session and Arrange views at the same time. This is great because it avoids the annoying situation in which you try to drag a clip to Arrange only to discover it is obscured by various views.

Obscured by various views?? This must be a workflow issue of yours. ..or maybe it is something wrong with the Live version you are using.

Funk N. Furter wrote: 2. People get wrist and hand problems from using mice. I did about a year ago and it's not nice.

People are using it wrong
Top

I went back and read some of this thread and it reminded me of earlier days on this forum. Days when I just shook my head at how far bent out of shape people can get when trying to correct the virtual world, and just how fcuked up some people seem to appear in that world. I miss those days terribly, days when I had to be careful when drinking my coffee so as to not snort it out all over my screen because of some genius response to some astoundingly stuuuuupid bovine kaka...

I know this fiasco has been going on for a while now. I've wondered how long it would last... who would fold first, who would notch up the win. Please, to all concerned, don't loose sight of the fact that you are all on public display, and for those of us watching, we are genuinely interested spectators. We like the low blows, the side swipes, and the idea of the underdog. We like the displays of seemingly irrational behavior as much as we like the extending of the helping hand. Many of us are curious, pretending not to be interested, but we are aware that cats are fighting somewhere in the neighborhood.

gjm wrote:Truth be told though, its not up to the level of the Titbags or Bounces of the past. More needs to be done to raise the bar...

My god! I would pay money to read b0unce's replies to funken! That would have been freaking hilarious.

Personally I'm getting bored, he lost his ability to convince anybody except the very new that he's not insane on some level.
I will probably keep my responses to a minimum at this point, out of boredom and the fact I would rather let him piss off other people for a while.
He keeps bringing up his Stalin era history erasing, (done to detract from the fact he was using his friends mental health issues as discussed in a PM as a propaganda aid, absolutely disgusting behavior), as some grand act of chivalry though, which is beyond pathetic.

Funk N. Furter wrote:No such thing as a banner that's too big, in my opinion.

If your worried or start to notice wrist issues from using a mouse why not just switch to a trackball. Theres plenty of good ones out there and after using one for a week you'll be just as accurate with that as with a mouse, and no more wrist movement since its all in the fingers, as long as you get one that is more finger oriented like the expert mouse
Top

stopping typing would also be a great solution against wrist pain. it would also keep this forum cleaner.

Machinesworking wrote:My god! I would pay money to read b0unce's replies to funken! That would have been freaking hilarious.

i think my blood pressure went up when i read this.

i have to confess i would LOVE to see that too. i don't know that the price of admission is worth it to me, but the main event would be stellar!
Top
Post Reply
145 posts