A Call to Action for Push Users - Email Ableton!

Discussion of music production, audio, equipment and any related topics, either with or without Ableton Live
Post Reply
12 posts • Page 1 of 1

A Call to Action for Push Users - Email Ableton!

It's been beaten and battered since Push was released and we discovered we couldn't load VSTs directly from Push. Before anyone jumps out the window I'm well aware of AudioModder, I own his presets and every single other made for Push.

The bottom line though is that these are workarounds to a very simple issue - the ability to load a VST directly from Push WITHOUT it being a rack. Making racks is a waste of time - it requires you to map macros or page over to the parameters to adjust. This is counterintuitive and goes against the workflow Ableton designed. Push was made for us to get away from our computers to make music more intuitively, not sit around doing secretary work trying to make plugins load in it.

The only way Ableton is going to do something about this is if we make it known by EMAILING them. They're well aware of this but Ableton is not UAD, they don't listen to the customers and deliver UNLESS the customers speak out.

So this is a call to action for all Push users, we need to email Ableton and let them know that this is important to us so they can stop ignoring it and put it at the top of the development list. Once you do, leave a comment saying so if you feel like it but more importantly EMAIL ABLETON!

We can make this happen but we need to let them know!
Top

Well, what should the standard be for loading vsts?
Top

They need to add it to their api in general, its not a push only thing. This is also restricting touchable from being able to load vsts directly from its browser view since there is no api exposed that allows anyone to do it. Opened a suggestion for it over on the beta forum
Top

Racking doesnt seem a big problem to me, you only do it once. But sicne you state that you waste time mapping macros I suppose you do it by presets.

Do you want to load individual presets?
Top

Over the years I've tried to control VSTi's with hardware and nothing ever has felt right. This is one of the reasons I'm happy I haven't sold my hardware synths and I'm still in the process of collecting more. I've mapped a ton of presets and controls to Push, used Ubermap to organize the controls in a logical fashion but nothing beats a dedicated control surface designed to control that particular instrument.

While I'll continue to map controls and presets from VSTi's I'm also kind of over it. I've came to the conclusion that software instruments are made to be controlled from a mouse for the most part. If I want to record automation I have the knob or slider available to do so but as far as sound design goes with software, it's basically the mouse. I have too many cheap plastic controllers laying around that I wasted too much money on when I could have bought a proper instrument with the money.

I agree Ableton should at least make it possible to load the VST instrument (if not the presets, that varies too much between developers). Though even with Push I've come to realize is sort of an extension to the mouse. Do the things on Push that Push does better all the while having the mouse in your other hand. It's not worth it to try and make Push into a completely stand alone computer display off type of controller, wasn't designed like that. Don't waste too much time trying to get the computer out of the way because it's not the devil. If you get used to using both for what they are good at you'll get a lot more done than trying to find some magical eye opening way to make music (in my experience and opinion). Seems like it's just another way we avoid actually getting down to writing some music.
http://www.soundcloud.com/airyck-sterrett
Ableton Live 10 Suite / Push 2 / Max 7 & 8 /
2016 Macbook Pro 15"
Too much hardware to list
Top

^^^
I too have come to this realisation. Fully agreed with Airyck. I still rack up my presets for loading from Push, but I don't map macros or anything. It's just for quickly loading different instruments/sounds.

VSTs are much better suited for mouse control.

(I still stand by my comments on the Beta site regarding the amount of macro knobs etc, but that's for slightly different reasons)

Edit: to clarify, I think sound design/patch building is best suited to using the mouse. Having access to to non-racked VST patch loading and parameters for quick tweaking would be nice though.
artstation
youtube
Top

I think the problem is that midi controllers are too generic to be used for proper sound design (8knobs and 8 sliders? ), to be usable they would need at least a proper layout for synth, a good bunch of knobs and probably screen if you want to make it universal.

Something like push but with 32 encoders and a synth layout would workout far better. 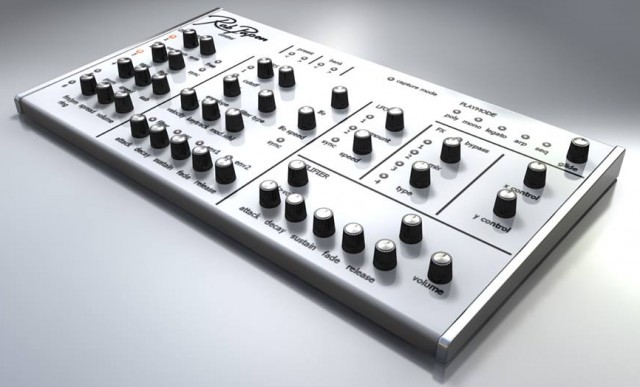 Other option would be to built your own midi controller as those by http://www.synth-project.de/

Anyway, right now I am using push along with a m4l device that allows midi program change to control my vst's. ubermap helps to have a better bank organization but yes, synths have to many aprameters and 8 encoders is simply not enough.
Top

If there is one thing that’s more important for Ableton than the holy, fast and intuitive workflow, it’s stuff actually working in a decent way.

Wrapping your VSTs in Instrument Racks takes about three seconds for each. Less if you use the Ctrl + G shortcut. If you are prepared to invest a few seconds more you can even map the most useful parameters to the Rack’s macro controls instead of relying on God knows what retarded, arbitrary or completely random mappings an "automatic" loading of VSTs would come up with.

How many VSTs do you have anyway? For most people working with only a couple VSTs this is literally a 5 minute time investment and God forbid you spend half an hour mapping 8 macro control knobs to your favorite VST parameters for quick and easy access from Push if you have a dozen.

I have no problem doing sound design on Push with either Sampler or Operator, works flawlessly!
Push is much better than most Midi controllers for this, as you have direct access over 8 pages of 8 parameters and if you have more pages it only gets slightly worse. (Paging through pages)

I imagine if you do the same sort of thorough mapping with many a vsti, you could do the same.
You only do it once per vsti anyways (then you rack the result). How many vstis do you own to make this a major hassle to write an e-mail to Ableton about it?!

A New Kind Of Science: Six wondrous excursions into a brave new world made of sound...

Boddah and TomV - have you tried mapping a VST like Zebra (configure the parameters and then rack them and then have most useful macros macros set up) ?

Each rack works fine. The problem is, once you load the next rack, the previously loaded rack's configuration can sometimes "bleed over" into the newly loaded rack, leading to the patch being totally fucked. I have tested numerous configurations to try and get around this to no avail. Sometimes they load fine, more than often not. I have even sent my racks to Ableton and they have confirmed this bug, and said that they don't like me and that they're pushing this bug to the bottom of their priority list. The only way around it is to first delete the rack, then load the next one, which is a ridiculous process via Push.

This is why I have resorted to simply racking all my presets with no macros assigned. It does take 3 seconds Ctrl+G, and loads fine from Push (just wish I can have Places show up first in the browser). This works for me and makes me focus on playing the patches as instruments - not endless tweaking. I also see no point in racking up 10 000 factory presets of each VST. You will NEVER use them, ever. Just focus on the ones you like, then rack them.

Even if my VST of choice was racked with 16 labeled banks of well laid-out parameters, it still cannot compete with building patches with a mouse, especially in complex modular synths like Zebra. Having said that, I would still love for this to happen, as sometimes I just wanna quickly tweak a certain parameter, or sitting away from the PC with no screen/mouse nearby, screwing about.
artstation
youtube
Top

maybe a lil' bit offtopic, but anyone knows a controller app for ipad to control synths and plugins which can automatically show the controls for the currently selected synth or effect ?
could be fun huh ?
Top

ansolas wrote:maybe a lil' bit offtopic, but anyone knows a controller app for ipad to control synths and plugins which can automatically show the controls for the currently selected synth or effect ?
could be fun huh ?