Discussion of music production, audio, equipment and any related topics, either with or without Ableton Live
Post Reply
32 posts

Funkin8 wrote:I suppose if I could afford to I might consider a mac desktop but then I would still need a pc desktop for everything non music related.

I know, when are Macs finally going to get word processors and internet browsers ffs??

I honestly don't like office for Mac, it feels so clumsy.
Top

I've been using macs for over 10 years now. And pretty much love them for everyday use (Browsing, word processing, itunes, movies etc) and multimedia (video editing and web design) but when it comes to music making i just prefer windows, which i really loath except for the fact that there's a plethora of pc only vsts (Variety of sounds, reajs, charlatan et al) and for the fact that the drivers for my interface (echo audio fire 4) are top notch and give me much better latency times than the core audio drivers from mac (which are not bad but not as great as the ones in windows)

I bootcamp to windows for my music making and i have optimized windows to the point where my computer doesn't have an internet conection, nor any unnecessary software, plus services are so optimized i only run about 22 processes at any time, thus ableton live runs lightning fast and i have zero internet distractions and can focus on music making.

Probably if i didn't have my echo audio fire and had the chance to use bootsies plugins in mac os i would just go back to it.

It took me a very long long time to find my optimal spots (years i would say) But now that i've found it i just love it.

I can track up to 4 inputs at the same time with a good quantity of effects (soneq pro or still wells 1973, dc8c or NI's VC76 and some extra goodies) on each track with virtually no latency (really just 4 ms). Occasionally i have to freeze a couple of tracks but most of the times i don't even have to worry about latency. Its just that good.

I guess if i used a single windows installation for both music making and every day stuff i'd have to worry about viruses and some other crap that comes with the windows experience that it would just not be worth it, but keeping things separate make me focus on one thing at the time.

OctavioPineda wrote:I bootcamp to windows for my music making and i have optimized windows to the point where my computer doesn't have an internet conection, nor any unnecessary software, plus services are so optimized i only run about 22 processes at any time, thus ableton live runs lightning fast and i have zero internet distractions and can focus on music making.

[art] wrote:My experience, and quite simply the only reason why I don't go back to Windows at this point, is viruses.

Then you can go back now

I think both lack the pristeen high definition audio quality of an analog computer.

Don't get me wrong for amateurs a digital computer is fine, but once you've listened to the reassuring sounds of an analog computer you know that the only good computer for making music is the one with real manly old time full size electrons flowing down legit hand soldered joints which need a thump every now and then.

Analog computers are also known as "Real Computers" because they use real numbers, like we had before these new fangled digital computers with their imaginary numbers took over and made my music be all bad.
Real Computers ...

Computer theorists often refer to idealized analog computers as real computers (because they operate on the set of real numbers). Digital computers, by contrast, must first quantize the signal into a finite number of values, and so can only work with the rational number set (or, with an approximation of irrational numbers).

So in short the reason your music sounds bad right now is because you are using the wrong type of computer. A rational one, which is fine for your taxes but not funky enough for music! It is simply not possible to make music on that awful thing you have. You need a different one. One with specific magical properties. One with a transformer like a copper anvil. One you can really put your faith in and finally start to make some music. An analogue computer.

Today's solution has been brought to you by 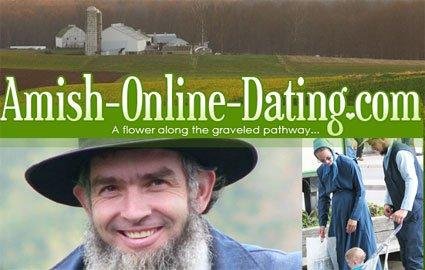 Funkin8 wrote:I suppose if I could afford to I might consider a mac desktop but then I would still need a pc desktop for everything non music related.

I know, when are Macs finally going to get word processors and internet browsers ffs??

login wrote:I honestly don't like office for Mac, it feels so clumsy.

Office is just clumsy, period. Every time it gets updated to a new version, MS changes the pulldowns and preferences enough to cause me months of grief before I can get it back working the way I want.

The only reason everyone uses Office is because they have to. My current employer even has phone service through Office...no more real telephones in the building. Office is like heroin, once you start using it you can't stop.
Top

I made the shift to Mac a few years back and on the rare occasion I have to hand crank my PC desktop I go "OMG", go make a coffee, come back and go "OMG" some more. But seriously there is one thing making me look at Windows again and that is a touch screen. Bought a Presonus RM16 recently and while the iPad works just fine as a controller, with the added bonus of one of those little tripod stands for onstage band use ("hey pass me the mixer") I am liking the idea of a 27" unit for FOH mixing. An over the counter one will work fine but then with Studio one I like the idea of a fingers on interface for more serious music creation.
Not quite sure why Apple have their heads in the sand over this one.
Top

i love mac os x. with that said, i recently switched from mac to windows.

i have used mac towers for the last 17 years; however, i made the decision to build a windows machine because mac os x was the only reason i wanted a mac tower.

four months in with my windows machine and i love it. no regrets switching. i have a current project with 34 DIVAs set at DIVINE mode, a smattering of ZEBRAs, two FM8s, drumracks, EQ's, reverbs, delays etc., not a single frozen track, and my CPU load never tops 80%. i would have spent at least twice as much for a mac tower.

the switch has not been without plenty of frustration, and i am sure there will be more. i am still finding my zen (sorry, i've been reading books on meditation lately) with windows and my software and hardware. but i expected as much.
Top

Im on a fast Pc, but thinking about buying a mac, but since my money are small after getting a Push 2, i would like to ask if the cheapest ( not cheap) mac air 8mb with a dual core can run live with alot of vst/Au,s without problems ?
Top

My suggestion is to use the environment you are most comfortable working in. If you buy a good PC, these days, the difference is negligible. My ThinkPad has been rock solid the last few years, and quite frankly has had less audio software/driver/compatibility related problems than many of my peers Macs as of late. Ableton, hardware devices, I'm seeing a lot more things that have Mac specific issues. Even more reason to just go with what you know.
Soundcloud: https://soundcloud.com/donnie
Twitter: https://twitter.com/d0nniejacks0n
Facebook: https://facebook.com/d0nniejackson
Chew.tv: http://chew.tv/donnie
RTOK @ Chew.tv: http://chew.tv/rtokmusic
Top

even if you do decide to go Mac... you should probably go with higher model than the Air. i could see you running out of horsepower with one of those if you're into VSTs and/or create big sets.
Top

yes thats what i was thinking, if i want a mac that has same power as my pc, then it will be way to expensive ...
Top
Post Reply
32 posts