Discussion of music production, audio, equipment and any related topics, either with or without Ableton Live
Post Reply
17 posts

12 !
Everybody was wondering if it will have 4 or maybe 8 voices...
So let's wait for the price...
Phongemeinschaft (Live-ElectroJazz / NuJazz)
Homepage - youtube - Like! 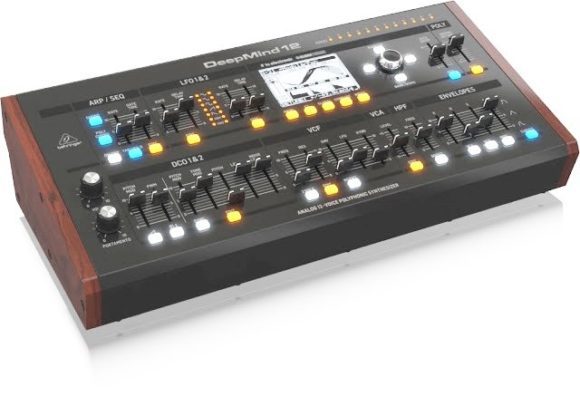 Yep - it looks very interesting this and for those worried about the Behringer photocopier this one was made in sunny Manchester by Midas.
You see - even when we are told to copy something, us British, we can't do it without adding a bunch of extra stuff.

Amazona.de meeting the Midas dudes who spill the beans on most of the features. Although this is a slightly older prototype titles "Phat 12" 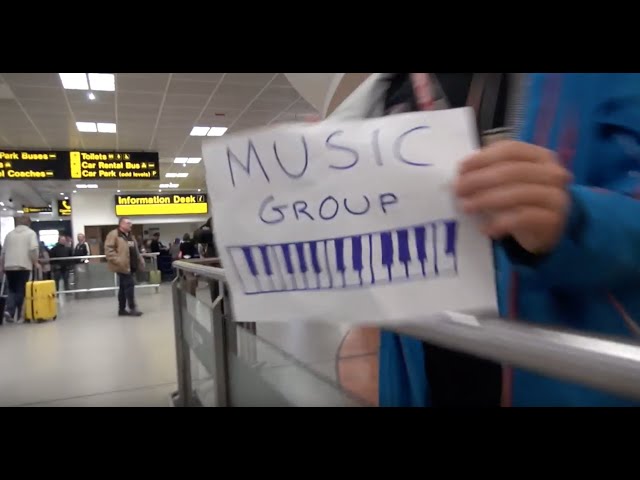 I timestamped it so you can skip his arrival at Manchester airport !

Yeah, I watched that vid yesterday. I must admit, I'm pretty darn excited. I'm really interested to see what the "affordable" price tag is.
https://soundcloud.com/shiftgorden
Top

In terms of pricing we are at the final stage of announcing the price. There is a clear reason why this has taken much longer – a delay for which I apologize.

As I explained earlier, in contrast to most other companies, we calculate the sales price of our products through a "Bottom Up" approach. Instead of looking at the competition and figuring out what the customer would be willing to pay for a product, we calculate our manufacturing cost and add a slim margin on top which we need to run our company as well as make future investments in people and infrastructure.
Naturally any cost increase in the "Bottom Up" approach will subsequently translate into a higher cost for the customer; on the other hand, high volume production will lower component and manufacturing cost - something we like to pass on to the customer.

The sales price of the DeepMind12 heavily depends on expected sales volume, and since the feedback has been overwhelmingly positive and the forecasting much higher than what we had anticipated, we decided to renegotiate all component prices with our vendors in order to get higher discounts. At the same time we are studying how we can rearrange the manufacturing setup so we can achieve higher efficiency and output - and that means lower cost.

We are also taking the time to gather data for the expected sales volume by engaging with our dealers and distributors.
This morning I learned that one of the largest retail chains in the US, is willing to place an order for 30,000 pcs. Frankly this is something I have never seen in the history of our company!

I hope you appreciate that we do this with one goal in mind - to lower the sales price as much we possibly can. I have decided to make the synthesizer as affordable as possible as I like to get it into the hands of many people. Nothing would thrill our engineers and me more than to hear the music that people will create with this instrument.

Please give us some more days so we can complete the costing exercise and come back to you with the final price. Thank you for your patience.

Now THAT's what I call communication !

Yeah, he's quite a talkative chap. I like it. His posts humanise him and dilutes the traditional view which most people have (the owner of a Chinese Photocopier).
More Uli here for what it's worth: https://www.gearslutz.com/board/members ... behringer/


I've always said that the best marketing these days is a direct interaction between the people who make the products and the people who buy them. Even if that's sporadic, it's invaluable in establishing your human Corporate Tone Of Voice.

Most consumers can't form an emotional attachment to a corporate obelisk. It's impersonal. Yet it seems more truthful when Uli Behringer spontaneously tells us his favourite instruments and keyboard players ... we then feel like we know him and can trust him. If he tells us his synth is a work of love and devotion it's now a personal message. It may be fake, but it works. That's human psychology. That's why "leak" videos work better than promo vids because they appear to have veracity. Something missing in todays over mediated and polished world.

Of course - marketing departments can't handle lack of control ... and so will lobby management to stop direct communication out of fear of "going off message". And then we get shiny shiny puff pieces which have been polished by a hundred hands. "Gerhard is very excited to meet Kelisha Lovelyface and DJ Jazzhands to make Push2 mad beatz at Nike Fest 2017"
That sort of shit doesnt fly anymore. It seems fake.
Site | Free Operator Presets | FB artist page | Instagram
Top

There a bunch of people who flat out hate Behringer, and to be honest, some part of that was justified early on with simple cloned designs and poor quality control etc, HOWEVER, those days are really quite history now, and many of their products are original in their own right.. just look at the X32 and the X-Air range of mixers... truly great products

So, you can never argue the value for money that Behringer has provided, and the simple stfu attitude to market pricing that they follow...so their pricing philosophy here is the same as it ever was.

Me, I suspect the will be looking at $1000-$1500 to create a disturbance in the force and get massive PR, which would indeed be a great price for this polyphony in a digital/analog synth.

I will however, be holding judgement until hearing what this synth sounds like in the flesh, for only then will its real value be truly assessed... it may be the greatest value in a synth ever, or it may be just be half the price of a prophet 12 but 1/4 the synth..

who knows... fun times for sure, and the availability of hardware synths is making a great comeback
Top

Mystic38 wrote:fun times for sure, and the availability of hardware synths is making a great comeback

My inspiration totally dried up with computer music. Then I walked into a music shop for the first time in ages, and hit the keys of a simple hardware synth and instantly wrote a tune. Nothing like the real thing!
Top

A video showing the oscillator features

I am getting one next year.
Top

I think the desktop version looks pretty nice, not really a fan of the way the keyboard is designed myself. Very interesting for sure though, not at all what I think people expected from Behringer.
Tarekith
Ableton Forum Moderator
InnerPortalStudio.com - Professional Audio Mastering
Top

I think the perceived value of it is very much dependent on price.

lower prices than that and dogs will start to sing, cats will write poetry about it, unicorns will serve homeless people breakfasts made from pure love, nubile nymphs will serenade gods and men with a $499 Behringer synthesizer.
Site | Free Operator Presets | FB artist page | Instagram
Top
Post Reply
17 posts