For this reason alone I thoroughly enjoyed watching Roddick blow it at Wimbledon.

then don't bump the thread!

In my life
Why do I smile
At people who I'd much rather kick in the eye?
-Moz
Top

you stop bumping the thread

you stop bumping it.
In my life
Why do I smile
At people who I'd much rather kick in the eye?
-Moz
Top

i played drums in a band that opened for dmb summer of 94. just before they got big. the violin player hung out and got stoned as a football bat. was really funny. the other guys were already in rock star mode and didnt hang. never understood the popularity of their shit. the cd at the time sounded like dirges. a bunch of slow whinny white boy tunes. always made me puke. the frat types die for this shit. now every few years a new whinny white boy crooner is thrust on us. every one from jack johnson to john mayer. projectile puke. makes you want to listen to venetian snares for a few hours to get the whinny white boy vocal out of your head.
Top

^^ dude you must not be a bill oreilly fan, I can't be mad at Dave whinny whiteboy or not that crash into you song payed mucho coochi dividends and I'll always be grateful to dave for that.
https://www.youtube.com/watch?v=aalWO_NsyRY
Top

Tarekith wrote:I never got the fascination with his music either. Dated a girl who swore he was the best guitar player ever....

Mesmer wrote: DMB, 4 or 5 rugged smoky cats...and a drummer that can play ghost notes like no fucking software could ever produce


Dave Matthews Band
The Best Of What's Around Volume 1
Something Awful Review by Dr. David Thorpe

The Dave Matthews band is the ultimate example of the “good drummer law.” If ever you say something bad about a band and somebody says “yeah, well they had a really good drummer,” the band is even worse than you thought, and the person who made the remark is mentally unfit to be considered human. It is the ultimate weak-ass argument, and it is the last resort of the truly fucking clueless.
Take pity on the poor soul who invokes the good drummer. Buy him a lollypop and a copy of Phil Collins’ “No Jacket Required,” and mercifully prod him into the nearest active volcano.
Circumstantial Audio
Top

90's child wrote:I respect anyone that can make a living from music.

You are worshiping false gods/idols you little idiot.

Your logic would suggest you should start your career as a prostitute ASAP !
go for it man...

I *can* make a living from music...
But i chose video game production which often has better money, hours and also has good employee benefits.

Can we put this clown in the Lounge? 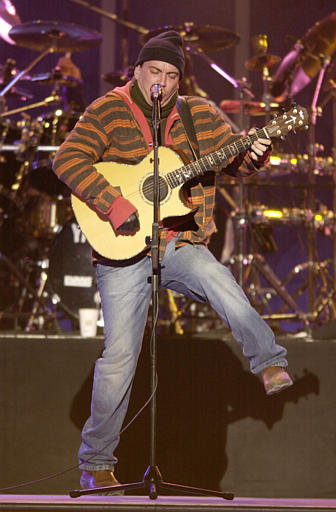