I like to share my experience in using the new folder-function in Live8 in a setup I am using for a ballet. In the moment I am in the opera house of Catania and I am performing 8 shows there.

The task was:
12 pieces of music. (90 minutes in one setup)
4 of them are pre-recorded (audio)
The others are performed live with a huge load of Midi coming from two controllers:
The marimba lumina and the Lightning II built by Don Buchla.
Sometimes there are 8 different continuous controllers and Midi-notes coming at the same time triggering up to 14 channels of Ableton-samplers and Synthesizers like Omnisphere or Zebra at the same time. (2 players)
The aim was to make a setup with no loading-pauses between the pieces. And no unusable processor-load.


Tipp 1: Organize all the songs in single folders and switch not only the folder on and off with the remote-function (triggered by a simple Midinote-message on a keyboard, but also switch the synthesizers and plugins on and off within the folders.) So the processor-load is minimal. I actually went down to 212samples without any problem. (Using a MacbookPro 2.2Ghz). All together I am using 129 channels in 12 folders.

Tipp 2: Play all the Synthesizers used in the setup before the show once, only a few notes, this avoids a delay ("hickup") which sometimes happens in huge setups. It seems, that then part of the samples are load in the memory of the computer.

On my wishlist:
1. A remote-function for opening the folders. To see what I am doing, I have to open the folders using the mouse, which is sometimes not so easy in a performance where the timing is so important.
2. A way to cover the arrange-view at the top of the screen. When so many tracks are involved one fourth of the screen is taken by kind of useless information, because I am using no arrangments at all in the setup.

First I couldn´t believe this could work in a single computer, but since Live 8 is there I gave it a try. I normally wouldn´t use a fresh update for a world premiere on stage, but with Live I did it, and and everything works perfectly. Great program !

Here are a few pictures of the setup: 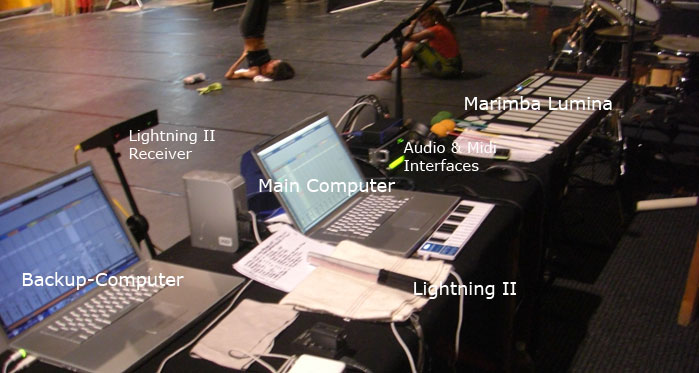 keyboard to switch the single parts on and off. 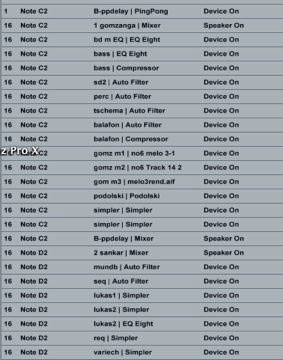 with a single keystroke, many plugins are activated at the same time. 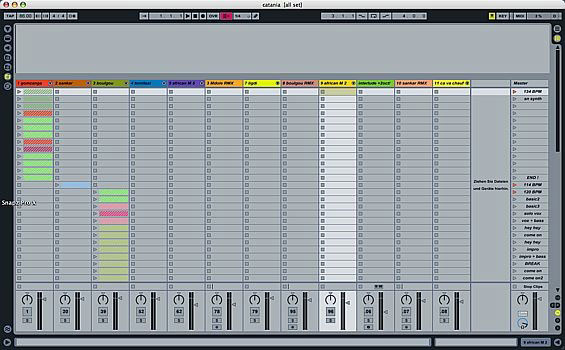 Here are all 12 folders in a closed state 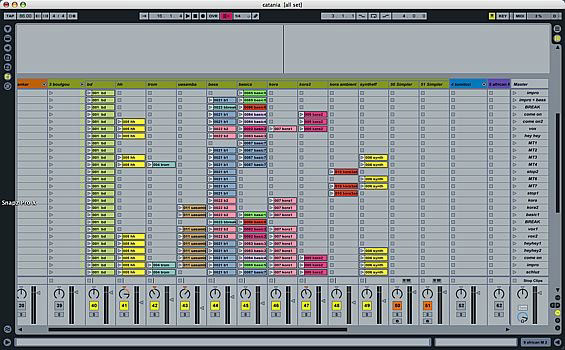 One folder is open with 10 tracks of audio and 2 live played instruments. Scenes are controlled by LightningII. 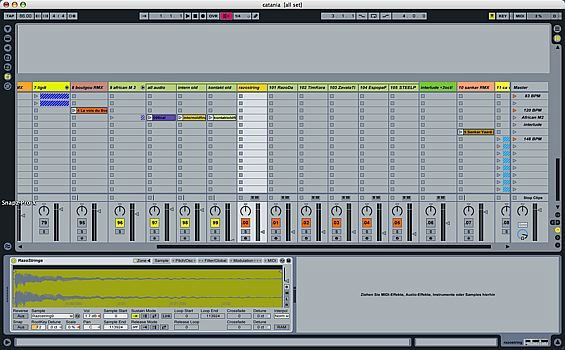 This is an open folder with 3 audio-tracks and 6 samplers controlled by the marimba lumina.

Now you also can see, that the top quarter of the screen is just empty (because no arrange is involved) and it would be great to get the possibilty to hide it.

And: never underestimate this function, Perfect for live-situations.

I hope this gives you an impression how the folders can be used in large setups.
best wishes
pyro
Top

Re: Using Live8 folders in setups with 120+ tracks

A very interesting post. I have some good news for you though. Simply deselect Overview from the view menu (or alt + cmd + o) and voila, your full screen!
Top

Re: Using Live8 folders in setups with 120+ tracks

Gazgoldstar wrote:A very interesting post. I have some good news for you though. Simply deselect Overview from the view menu (or alt + cmd + o) and voila, your full screen!

You made my day ! What do I say: You made my week !
I am using Live since version 1.0 and I never dicovered this overview-function !
I owe you some beers now.....