Kinect is a new "3d-controller" for XBOX that came out a few days ago...Imho it's really impressive what hackers achieved already:

This will open up many possibilities, for realising your own controlling interface, interacting with the crowd, etc...

Here are some more hacks, nothing related to music yet, but I'm sure there will be some kind of midi/osc-patch soon

Yep, amazing what they've come up with in a week - and now there's a Processing library 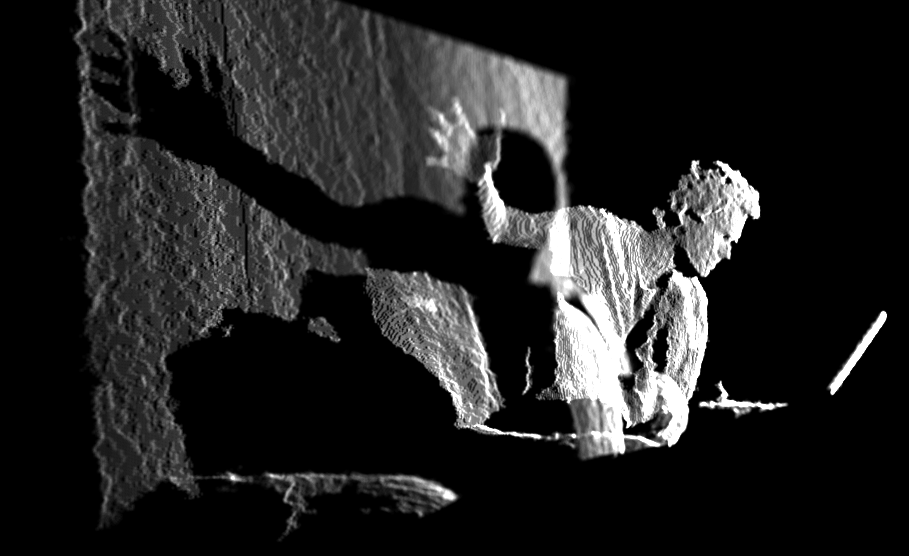 Even though I'm not a gamer I'm kind of interested in this, hacks aside.
Cuddle Core

developed by the IDF.

So when you're dancing a jig before it like a paunched, servile baboon just imagine the sound of orphaned children choking on charred rubble.

That's mildly interesting though - care to share a link?
Top

It's been on the irish/english news broadcasts. Interesting coverage in as much as they don't seem to clarify if it's military affiliations are a point of promotion or condemnation. I suppose their ambiguity plays into the hands of both audiences...

google it your own damn self

There you have it:
Kinect - MIDI controller
Top 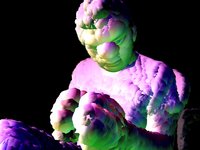 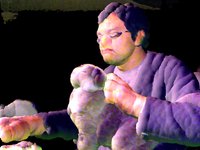 Did you want to post the three words again? Poor Synchro...
Top

Did you want to post the three words again? Poor Synchro...

I think when it comes to potential ban-worthy behavior he realizes this is a triathlon and not a sprint with each leg of the race needing a different tactic.
Cuddle Core

This reminds me of an Aphex Twin video...amazing!
Kinect Rubber Sheet

Kinect used to control spot light on a stage
Top

Oddly the more hacks I see the less interested I am. Seems like a bunch of neat-o gimmicky shit I personally would have very little use for.

Then there's the videos of people playing some games with very little movement and yet the game plays on.
Cuddle Core