Yes, the fucking part is important, the awful dialogue was crap tho. Poorly acted to boot. Maybe it was music too but it came off like a 'Days of our lives' w alien baby fucking. By that point i was pretty annoyed. MW, with u on the other loose bits. I let so many go by to try and enjoy this film, I forgot about em. Or tried. Also, I was struck with how shitty a crew they sent on this super duper mission was. Oh, and when they finally land on the planet and see amazing alien structures for the first time, from fricking clues left in earths' caves, nobody could care less. Like that connection was denied at the critical point it was made for.
Top

You know what bugs me more than anything else with this movie? In fact, with nearly all scifi movies?

Honest to God, how the fuck can the same humans that have invented warp drive still be weaving their way though darkness with standard flashlights?

a. Invented 3D FUCKING HOLOGRAPHIC TECHNOLOGY BY BOUNCING LIGHT OFF OF WATER MOLECULES IN THE AIR but they can't invent some amazing illumination system? Fail. Alien and Aliens suffered from the same problem. Flashlights. omfg.

b. Invented FLOATING ORBS THAT DEFY GRAVITY THAT CAN MAP THINGS. But, apparently, they don't have 'light orbs' that just float in one place whilst giving off light?

When we first see some sort of holographic playback of the Engineers running away and one getting his head cut off the quality is SHIT. Essentially little tiny blips of data is creating the image or something.

But then, later, they've got the most amazing holographic 3D starmap that looks fucking realer than real. So....uh.....did they cheap out on the security playback system whilst sinking all their money in the starmap machine?

I mean, even the humans have better 3D playback technology.

You know what bugs me more than anything else with this movie? In fact, with nearly all scifi movies?


They're LED flashlights. They bought them at CVS.

Also....no laser weapons? Or...more realistically...plasma weapons? Same problem in Aliens: I'm supposed to honestly believe that you can make a fucking robot that thinks and looks like a human but you're still using fucking BULLETS?

There's always a dilemma in a movie - reality versus drama. That combined with a 2 hour time-limit conspires to create some compromises that define the genre.

If you give the people weapons or tools that are too powerful, you eliminate the drama of conflict. We can't postulate too far into the future because things rapidly change too much to understand.

Ridley likes the atmosphere that smoke provides and he also like lens flares - those are parts of his style.

As for technology - he always wants realism and prefers to have things built if possible because it lets him control the lighting, etc. But CGI is used where necessary - such as in th e holograms, PUP's etc.

There is also a fine balance between the Deus ex Machina solution inherent in much of science fiction. For example, in the Star Trek universe a computer or cyborg is baffled by logic dilemmas or insoluble problems. Or the chief engineer will 'invert the tachyon flux' or invoke some such scientific magic that we don't understand.

This didn't work in Colossus - The Forbin Project. The machine saw the attempt to take over and squelched it very effectively. That movie is hyper-real - a very high level of science and a low level of fiction - something that most movies never strive too hard to do. Often that results in boring the audience or making humanity lose out to the superior race/machine/whatever. I always like the science/fiction ratio to be very high and I'm not a fan of the fantasy genre.

As for the poor holographic quality of the alien's - I liked the effect, it hints at shapes rather than reveals too much data - so it appeals to the visual element. I don't feel it needs justification - perhaps the true signals can only be seen on a special helmet and we are just getting out-of-band ghost images. It was surprising that after 2000 years, everything 'just worked'. There was no evidence that the Engineers had robotic tools that would keep things repaired - perhaps everything was nano-tech and self-repairing.

But at any rate, a race of beings that had interstellar travel perhaps a billion years ago, is so far advanced from us that we can not begin to imagine what their technology and science were about. Also their moral, legal and ethical systems had a billion years of testing.

The biggest mystery to me is how they let the biosystems get out of control. Would you put in some sort of fail-safe so that your own DNA would not support the bio-weapons? I know they were designed against us and we shared the DNA, but surely they could make it more race-specific? Or if they got their job done quickly, why not put in the Replicant code that gives them a short life span?

Maybe the bioweapons were made by some one else and the Engineer race has a foe? But then why use it on us?

It was also interesting to note what the Engineers did not have - No teleportation - No instantaneous travel - No time travel - No multiple universe concepts. At least none of these were made evident in what we see.

And why was the Promtheus able to ram the juggernaut ship? Didn't it have a defense system? Or meteorite shield, etc.?

However, the story requires some limits and this story-telling is done quite well. If they didn't ram the ship we wouldn't get that spectacular final scene.
Jim Hurley
http://www.arachnaut.net/
G+: https://plus.google.com/109292859448286386610
Top

arachnaut wrote: As for the poor holographic quality of the alien's - I liked the effect, it hints at shapes rather than reveals too much data


I like the effect as well. Thought it looked great. Still, David or someone could have just said...."Hmm. Found this recording but it's a bit damaged." That's what they would have done in Star Trek.

It's fun to nitpick the shit out of this stuff, but it doesn't detract from my love of film.

Why fuck with perfection? 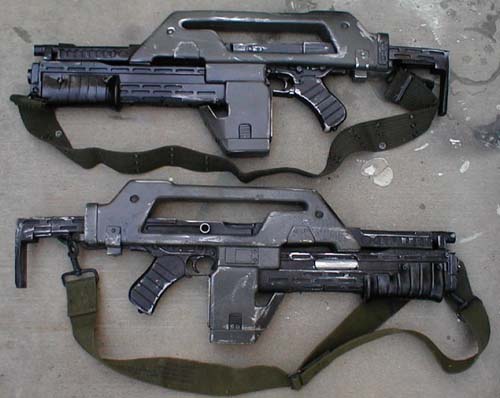 LoopStationZebra wrote:Also....no laser weapons? Or...more realistically...plasma weapons? Same problem in Aliens: I'm supposed to honestly believe that you can make a fucking robot that thinks and looks like a human but you're still using fucking BULLETS?

Ignoring 'gravity' issues in sci-fi's has always had a complete free-pass from movie buffs.

Though Ron Howard and Apollo13 would have none of that.
Top

Why fuck with perfection?

Jebus...tell me those are from your PERSONAL collection.

My problems with the flick:

Opening scene was neat, until the dude had the token "agonizingly fast transformation into a beast" CGI. Beyond cliche. A few minutes into the film I am reminded of Ang Lee's Hulk. THIS IS NOT A GOOD THING.

I thought the dust storm was neat, and David's rescue was cool, but the second the two scientists are pulled back on the ship, their glass helmets are prefectly shiny. There isn't an iota of dust on either one of them. This was a major fail. Their helmets should have been scratched up like crazy, like an iPhone 4 after a four foot drop.

I hated the scene where the two scientitst discover the cave paintings, and shed a tear. I just hate that token schmultz.

I hated the "we have to save the planet earth from destruction" bit. Pure hackneyed dreck.

I hated the captain of the ship's "everything's cool and rote, this is old hat to me" attitude the whole time. Again, it's in every action movie and it's always unoriginal.

I wish I realized Charlese Therone (or whoever) was an android during the movie (not afterward when reading this threade).

The film got a lot better after the male scientist/lover guy got roasted. Every moment of his presence on screen was painfully bad.

If you were on that mission, would you really get wasted on booze like that? It just seemed sloppy.

I was okay with the scientists taking their helmets off.

However, I did love the film. And thank goodness the theater had a 2D option. If it was 3D only, I would have hapilly skipped it.
Hands-On Review of the Ableton Push
Top

I am currently halfway through John Scalzi's excellent and hilarious new book 'Redshirts'.

If you like Galaxy Quest and know your Star Trek, you will really enjoy this novel.

Without giving away anything critical, I want to write a short extract as it is relevant here:

'Every battle is designed for maximum drama... This is what happens when the Narrative takes over. Things quit making sense. The laws of physics take a coffee break. People stop thinking logically and start thinking dramatically."

It made me think of two parameters:

science/fiction - the ratio of the amount of real science and the amount of bad science. The higher this is, the better the quality of hard science fiction.

drama * rationality - a high sense of drama, while retaining believabillity, is the sign of a talented author.

So the best science fiction has a high score for this:

Now since rationality is inversely porportional to fiction, we can 'sort of say':

Or in other words, it is quite sensitive to rationality.

Hidden Driveways wrote:If you were on that mission, would you really get wasted on booze like that?

I would have. But that might explain why I would never get invited.
Top
Post Reply
399 posts