they really brought life back to music, pun intended...i feel like im listening to a futuristic pink floyd type album if that makes sense ha

i think its funny seeing kids on FB asking where the fuck the drop is....so clueless

how you guys liking it
Top

Are you posting this from the future? It's not released yet.

Are you a future pirate?

You can stream it on iTunes:

I'm not sure what I think of it after just giving it a play through. I like some of the music, but the vocoded vocals get in the way for me sometimes. It's cool to see them go in a slightly different direction while still sounding like Daft Punk, not sure I like it more than their dancier stuff though.
Tarekith
Ableton Forum Administrator
Inner Portal Studio - Professional Audio Mastering
Top

For a 5 year hiatus and all the "hype" there has been especially here in Australia, the only few songs I have heard on JJJ so far are kind of Meh. Not bad but not as catchy and fresh qas some of the tracks I grew up with and I swear that one of the songs I heard has a very similar bassline to "Around the world" but just a little slower.

jestermgee wrote: Not bad but not as catchy and fresh qas some of the tracks I grew up with...

I think that sums it up for me. I was never a huge DP fan, but I could always appreciate how catchy their tracks were. On this album, I only felt that way a few times here and there.
Tarekith
Ableton Forum Administrator
Inner Portal Studio - Professional Audio Mastering
Top

Daft Punk are awesome—proof in fact that the French can produce something worthy of Apple's hard-earned money.

I did not think it was possible.

This makes their earlier releases sound all edgy and atonal and innovative.

I could listen to more than two tracks, but my soul will get cancer.
some words
some sounds
some works in progress
Top 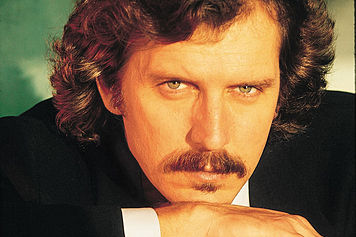 ^ this
NEVER PUT YOUR DICK IN CRAZY
Top

Yeah, I'm with you guys.

The kind of thing that patrick bateman would put on, waxing lyrical about how good it is before stabbing you in the head, in his imagination.
We ARE the music industry | Soundcloud | Mixcloud | Facebook |
Discogs
Top

IMO over half the songs on every Daft Punk album are filler and/or just plain silly. If you’ve seen them live or have their live album it doesn’t seem that way because they do such a great job of mashing up the meh tracks with the bangers.

After a couple listens I’d say this album isn’t any different than the previous albums in that regard and if nothing else this is their least sampled loop heavy album. It’s also kind of refreshing now that everybody is trying to out-bass and out-compress each other, Daft Punk didn’t go that route. It seems like a conscious decision because they could have easily made the tracks more low end heavy or typical house. It’s like they are saying dance music lost the script and moved far away from the groove in favor of over production. This album gets back to basics.

Where they kind of lose me is the vocal heavy tracks where the voice is vocoded the entire way through. They are decent tracks but I think they would have been better if they used a vocalist without the vocoder, or at least not the whole way through.

After hearing the full version of Get Lucky it seems like they got super lazy on the radio edit, which I actually thought before I heard the full version. There are parts, especially towards the end where the change is abrupt and not well blended like an Ableton noob who chops tracks into clips with little care for a smooth blend as long as the tempo is locked.
Cuddle Core

right now i have it turned down extremely low on crappy computer speakers and its not really audible. at this volume level, it sounds like alan parsons project meets circus music.
Top
Post Reply
65 posts