Discussion of music production, audio, equipment and any related topics, either with or without Ableton Live
Post Reply
82 posts 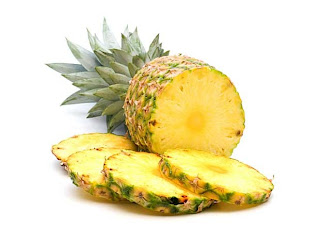 
102455 wrote:Ah, loudness wars! You're looking to have your track so compressed that the waveform looks like a ruler, yes?

You want all the dynamic range sucked out so that there's no breathing space - no life.

sinkysaurus wrote:Oh god grow up you moron. You don't even know what kind of music I make, so be quiet.

For any normal adults who would like to help me out, I have a genuine issue with my music being
TOO quiet, to the point it's silly.

Whatever "loudness wars" might be, lead me out of it. I'm not a music snob or keyboard
Warrior, just someone seeking a bit of advice.


Cheers folk! (Outside of that moron of course)

sinkysaurus wrote:You ARE a moron. You decided because my post had a silly fake swear word in the title that you would respond with the snobbiest, most condescending comment possible. Complete with sarcastic little pictures and comments about "following the herd". That's grade A moronic behaviour. I've taken my question elsewhere. Hopefully next time I ask a straight forward question I won't be met with moron behaviour or attitudes. I won't judge the good old ableton forums on the basis of the behaviour of one idiot.


Ps: got a good answer elsewhere. Done, apparently there's was a question.

sinkysaurus wrote:On forums this guy can be everything he is not in reality. Which I imagine, is a bit of a coward. Or as I said before "moron".

The original reply first stated "loudness wars" with a graph showing the example. A little bit of deduction would've led to a search for more info, instead came aggressive name calling. A bit oversensitive, perhaps? Not very "adult" imo.

In general a lot of people help in the past, but at some point it gets tiring repeating yourself, especially when being involved in tired old threads; in the context of this forum, principles of digital audio. There's nothing wrong with asking for help, but also anyone with a slice of patience and brains can search and find a plethora of answers in articles and videos.

sinkysaurus, I am not sure why you said that 102455 is a moron. Considering he was one of the first to chime in with a point that is relative to ALL musical styles.
Your reply was uncalled for and quite childish.

The problems you have can't be solved by just limiting and compressing or turning the faders up....You have to get your mix right, remove frequencies that are hogging up those wanted decibels. A good mix will be 99% of the way there, mastering is the last 1% and can only be done properly if your mix is right. If not, it will just enhance the frequencies that are conflicted and distracting.

Pick up a decent book on mixing, check out one of the myriad of video's online and learn about gain staging, eq'ing and compression techniques. All of which when used properly will result in a nice flat mix with a volume close enough to that of mastered material. Send it away and get it mastered by fresh ears and you'll see a nice polished track.
Top

I poured some gas on this fire as a result of a thread I saw about a week before this one.
viewtopic.php?f=1&t=195505

When I saw this volume thread I looked up 102455 other posts, because he's made a few.
I didnt find what I expected, instead I found a lot of useful posts, and an easy going attitude.
So I did my best to avoid name calling and show some respect.

Granted, there are a lot of posts on forums when I think of responding, "ever heard of google search dumb ass."
However does that make it kosher to treat everyone guilty of stupidity up front?

sinkysaurus may be asking a question he could of googled, maybe he just wanted to ask the ableton forum.
terekith answered as I expected he would, with honors.

102455, it's the second time I had seen him within a couple weeks as a first responder with over the top patronizing,
getting called on it,
then talking as if the reaction to his patronizing was uncalled for, even though he admits he felt "insulted," which is admission of motive to respond shitty from the gate.

Not that I practice some kind of perfect netiquette (sorry knotkranky

) ,
but I was thinking 102455 may jumping the gun a bit, and heavy on the snark minus the lighthearted.

Who knows maybe I am way out of line here, and maybe sinkysaurus should have been handed his hat for asking how to get his tracks louder because he should have known considering the low post count and that loudness wars is a household topic.
I mean with a post like that he obviously is late to the dubstep train right?
Nevertheless, I am always interested in making my tracks sound the way I want, sometimes louder.
But I don't make Techno, and isnt that all Live is capable of, hipster techno?
Surely no one here is doing anything besides that?
Or DJing with Live right?
soundcloud
vimeo
Top

i just want to chime in here and say i did bother reading the thread, but i am wondering if anyone can tell me why my tracks are not loud when i compare them to Skrillex or Kanye West.

oh wait.. .I thought this thread was about ZZtop?

3dot... wrote:I thought this thread was about ZZtop?

it is a redeeming quality to some degree.
soundcloud
vimeo
Top

JuanSOLO wrote: 102455, it's the second time I had seen him within a couple weeks as a first responder with over the top patronizing,

I guess what it could be is that I don't just visit this forum each day. I'm bobbing around from place to place, reading & responding.

In doing that, I suppose it's inevitable that the "post mood" from one forum can transfer itself onto the other.

Plus, we're all different. We have different senses of humour, different tolerences.

I do get frustrated sometimes, dealing with people who cleary haven't bothered reading the manual or doing a bit of research before posting - but I'm only human!
Top

JuanSOLO wrote: 102455, it's the second time I had seen him within a couple weeks as a first responder with over the top patronizing,

I guess what it could be is that I don't just visit this forum each day. I'm bobbing around from place to place, reading & responding.

In doing that, I suppose it's inevitable that the "post mood" from one forum can transfer itself onto the other.

Plus, we're all different. We have different senses of humour, different tolerences.

I do get frustrated sometimes, dealing with people who cleary haven't bothered reading the manual or doing a bit of research before posting - but I'm only human!

For the record, I don't think 102455's (nice name) post was deliberately patronizing or in poor taste. I think it was a legit response to a stupid question. A question that could have been discovered if OP would have put forth a tiny bit more effort. Actually, it's probably more effort to post a thread than it is to type a phrase into google and press "enter."

If OP is a total audio noob then I guess it could be excused, but to post such a basic question and NOT expect sarcasm, humor, patronization (is that a word?) on an internet forum, is just plain naive. OP must be a noob to the internet too! Ya dude. Sarcasm and humor is our native language.

WELCOME TO THE INTERNET!

In my opinion Op de-railed his own thread by transforming it into a childish, un-necessary argument.

So, here we have yet another pointless waste of band-width that had the potential to help countless others from having to ask the same question. Then we wonder why the same bull-shit gets asked over and over again! SHEESH!
http://soundcloud.com/theovoid
Top